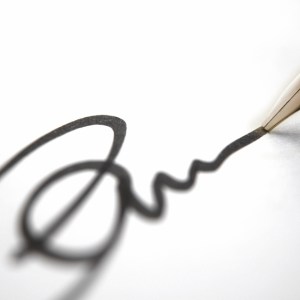 After making (or supervising the making of) the photocopy, the notary should complete a notarial certificate in substantially the same form as prescribed by law. This notarial certificate should be typed, stamped or written on the front or back of the photocopy or may be attached as a separate page.
One of the most often asked questions concerning attested photocopies is whether a particular document is a public record. Notaries must make a determination about this question before attesting to the trueness of any photocopy. The following documents are examples of public records, copies of which cannot be attested to by a notary:

This is not a complete list of public records. If the document is issued by a government entity, the notary should contact that entity to determine whether a certified copy is available. If one is available, then the notary public must decline to make an attested photocopy. Additionally, the notary should ask the person if the document has been filed in a court proceeding or in the official records at the courthouse.

The following documents can be photocopied from the original (if not officially filed or recorded) and attested to by a notary, because certified copies cannot be obtained from another public official:
■ Florida driver’s license
■ Florida vehicle title
■ Social Security card
■ Diploma
■ Medical record
■ U.S. passport
■ Bill of sale
■ Contract
■ Lease
■ Resident alien card
■ Personal letter